Mention ‘holistic’ physiotherapy and it can often be misunderstood. For some it can generate negative connotations – “holistic isn’t ‘proper’ physiotherapy”. But the truth about holistic physiotherapy, and its power to greatly improve patient outcomes, may be surprising.

For example, information is a vital component to a successful outcome for a physiotherapy consultation. In fact, it can sometimes be the only thing that is required for the complete resolution of a patient’s symptoms!

What Is Holistic Physiotherapy?

Holistic physiotherapy considers the patient’s general wellbeing, lifestyle and daily habits, as well as their physical condition. It is now accepted by just about all medical practitioners that pain doesn’t just have a purely physical component, but psychological and social factors can also contribute or even drive pain. For example, stress can cause stomach ulcers, rashes, irritable bowels and headaches so why not musculoskeletal pain?

How Can Lifestyle Cause Musculoskeletal Pain?

One example that springs to mind is a supermarket checkout attendant who came to see us complaining of one-sided back pain and shoulder pain. On questioning, it transpired that she had recently been confined to the same checkout, always scanning the shopping in the same direction. After discussion with her line manager, she was able to change checkouts during a working day and scan the shopping in the other direction. Lo and behold her pain disappeared!

A patient we once saw was a computer programmer who complained of right arm pain and numbness. His pain appeared to be due to repetitive use of mouse and keyboard. However, treatment aimed at his neck and arm, together with ergonomic advice, wasn’t doing the trick.

On further discussion, the patient mentioned that at around the time of the start of his symptoms he had begun working with an updated version of a programming language. He felt he had not had adequate training and, after some persuasion, he spoke to his bosses who sent him on a training course. Very quickly his symptoms diminished as his knowledge and confidence increased.

Why Physiotherapy Is Important

We’ve looked at two fairly extreme patient cases but it highlights that often the best resolution to pain is achieved by what can be called a multi-factorial approach, addressing external stressors as well as physical symptoms.

A simple example we physiotherapists see all too often is a patient who has been seen in a busy A and E department after, let’s say, twisting an ankle. The patient has been given crutches and told to use them to help them walk. Six weeks later the patient’s ankle is still swollen and sore and the crutches are starting to look a bit worse for wear too.

If the patient had been told to see a physiotherapist after a few days, or even just to start putting more weight onto the foot as the pain decreased, recovery could have been a lot quicker.

Why Listening to the Patient Is Equally Important

An experienced and successful physiotherapist once said to us that during his first assessment of a patient he always asked what the patient thought the cause of their problem was. Some might think this question would be met with the response “you tell me, you’re the expert” but, more often than not, the patient is relieved to discuss their thoughts and concerns.

A powerful example, but one that is seen on a regular basis, is a patient who comes in with left shoulder pain. After examination, the therapist is confident in his or her diagnosis of, say, frozen shoulder or impingement. However, on asking the patient if they have any thoughts about the cause of their pain, they admit to a fear that the pain may be due to heart problems.

A therapist is able to give a clear and accurate diagnosis and hopefully allay the patient’s fears. Often this can have an extremely positive effect on pain levels. This is just one example of why we believe it’s so important to really listen to our patients, and understand the ‘full picture’.

The Dangers of Misinformation Effect in Physiotherapy

We’ve touched on the power of information in physiotherapy treatment. It should be remembered that the internet provides limitless medical facts and discussion but, at times, this information can be confusing, conflicting and plain frightening. It is natural and right to be inquisitive about why you are in pain but, when this self research leaves questions unanswered, or creates concerns, it is helpful to address these during a consultation with a physiotherapist.

Information given by the medical practitioner should be correct and realistic, but the language used can be extremely influential on a patient’s recovery. Talk of “crumbling spines”, “twisted pelvises” and “worn out joints” are not only inaccurate but can condemn someone to a lifetime of anxiety, fear of exercise and stress.

A good physiotherapist should explain their findings clearly, in understandable terminology, with realistic targets for recovery and avoid alarmist language. These findings have to be underpinned with a detailed and professional physical examination and careful questioning.

A good patient should not be afraid to explore all contributing factors for their pain and to discuss any concerns they may have.

The Power of Positive Thinking in Physiotherapy

A study into whether the relationship between exercise and health is moderated by one’s mindset brought to our attention the importance of the information we give to our clients, and how we give that information. The study abstract states:

In a study testing whether the relationship between exercise and health is moderated by one’s mindset, 84 female room attendants working in seven different hotels were measured on physiological health variables affected by exercise.

Those in the informed condition were told that the work they do (cleaning hotel rooms) is good exercise and satisfies the Surgeon General’s recommendations for an active lifestyle. Examples of how their work was exercise were provided.

Subjects in the control group were not given this information.

Although actual behavior did not change, 4 weeks after the intervention, the informed group perceived themselves to be getting significantly more exercise than before.

As a result, compared with the control group, they showed a decrease in weight, blood pressure, body fat, waist-to-hip ratio, and body mass index. These results support the hypothesis that exercise affects health in part or in whole via the placebo effect.

Interesting hey? It would appear that changing beliefs, not only lead to positive effects through behavioural change, but also through other psycho-physiological processes, or placebo if you like.

So what impact might such knowledge have on physical therapy?

Well, rather than bringing people in with one problem (e.g. low back pain) and sending them away with ten (tight muscles, weak ‘core’, bad posture, lack of exercise, bad dietary habits, etc), we might want to accentuate the positives with a slight spin.

Lack of exercise but “your walk to work is good!”.

Tight muscles but “this has been shown to be useful for energy efficiency (in endurance athletes)!”

Poor ‘core’ but “pregnant ladies seem to do just fine without this one aspect of spinal stability, etc.”

We must not neglect the importance of trying to influence behaviour when promoting health and well-being. But when negotiating this notoriously difficult area, is there really any harm in maximising more readily achievable improvements during that lengthy, often never achieved move to change?

Another study looked specifically at the placebo response to manual therapy. Such is the potential power of placebo, it attracts increasing amounts of research in many facets of medicine and therapy, There is great interest in the role it might play in a holistic approach to behavioural change and pain management. This particular study concluded:

Placebo response likely plays a role in all interventions for pain and we suggest that the same is true for the treatment effects associated with manual therapy. The magnitude of a placebo response may be influenced by negative mood, expectation, and conditioning.

We suggest that manual therapists conceptualize placebo not only as a comparative intervention, but also as a potential active mechanism to partially account for treatment effects associated with manual therapy.

We are not suggesting manual therapists include known sham or ineffective interventions in their clinical practice, but take steps to maximize placebo responses to reduce pain.

Placebo response to manual therapy: something out of nothing?

Regardless of one’s belief in the placebo effect in physiotherapy, few could argue against the value of nurturing a positive mindset in the patient as they journey through their treatment and recovery.

As one of the longest established most respected physiotherapy companies in London, we have always maintained a belief that each client’s condition should be dealt with on a personal basis, considering all possible contributory factors. And, yes, sometimes it may mean that we only see our client once. A lifestyle adjustment and some professional advice might be all that is required, without the need for further treatment. We never over treat!

Empowering our clients with honest, accurate information and a positive mindset is central to achieving the most successful outcomes possible, as quickly as possible. We feel that the hundreds of 5 star reviews we receive from our valued clients speak for themselves and give us confidence that our holistic approach to physiotherapy is the right approach.

Find out more about how our range of physiotherapy services and online physiotherapy could greatly improve your own health and fitness.

Central Health Physiotherapy was founded in 1992 by Chartered Physiotherapist Natasha Price. Known initially as Chancery Lane Physiotherapy, the company changed its name in 2005 as services expanded. Central Health Physiotherapy has grown to become a multi-faceted operation with the aim of providing health and wellness services to individuals and corporations. The company constantly appraises advances in the field of medical science to return, maintain and build people’s health and fitness. CHP now operates from three London locations: Chancery Lane which remains the Head Office, the Platinum Centre within the Wellington Hospital in St John’s Wood and The Royal Hospital Chelsea. Whilst musculoskeletal physiotherapy remains core to Central Health Physiotherapy, the company offers a full range of health and wellness services including women's health,neuro, paediatric and vestibular physio, ergonomics, Pilates classes, personal training, occupational therapy, podiatry, nutrition, acupuncture and massage. We also have specialist hydrotherapists at the clinics at the Royal Hospital Chelsea which has a large hydrotherapy pool. With over 40 practitioners, Central Health Physiotherapy is one of the largest employers of its kind. All the therapists are chartered and registered with The Health and Care Professionals Council. For more information on Central Health visit www.central-health.com. 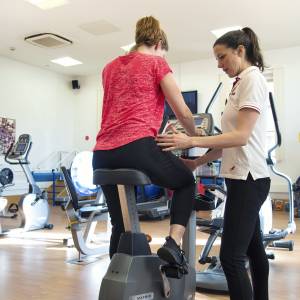 What To Expect From Our Orthopaedic Physio Package 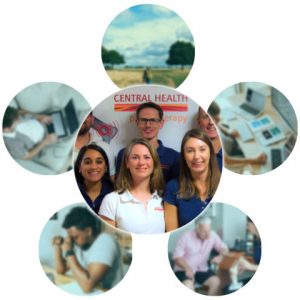 The Powerful Truth About Holistic Physiotherapy 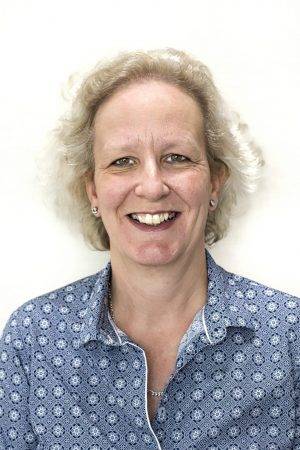 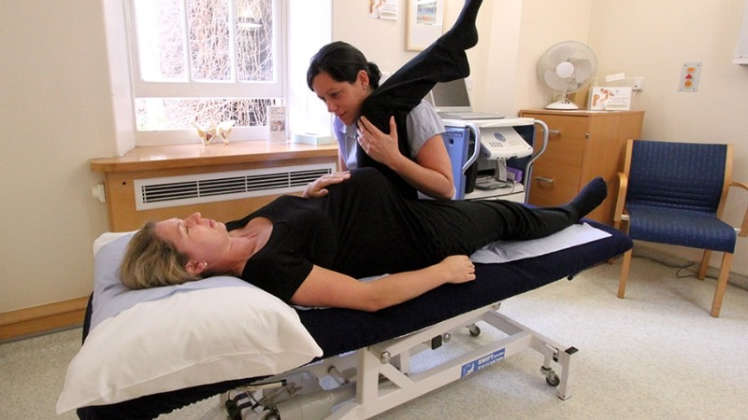